Discover our full range of products, unique services and capabilties.

All our quick link resources in one convenient place

View all our information

An ambitious and vibrant Design Engineer with a love for learning.

Elyse is a Design Engineer at our site in Bassendean, Australia who also practices karate, collects quirky shirts, and enjoys photography as one of her many hobbies.

She first decided to follow a STEM (Science, Technology, Engineering & Mathematics) pathway in high school after a dinner conversation at a Human Rights event. As a doctor was sharing how he was making a difference in the world by using his knowledge in science, Elyse realised she could have a career that used her STEM skills to have a positive impact. To achieve this, she chose to complete a double degree studying Business and Mechanical Engineering.

As part of the UNISS (University of Newcastle Industry Scholarship Scheme) Elyse was able to complete several work placements within Bradken as an intern from 2012-2016.
After her first graduate role out of university, she made her way back to Bradken as a Design Engineer. When Elyse accepted the job offer, she was located on the east coast of Australia, so packed her bags for the move to Western Australia within a month. As a child, Elyse often moved with her family when her teacher father changed schools, so according to her, the change didn’t seem so daunting. Elyse says knowing the people and culture meant she knew what she was signing up for when she accepted the role. “My only worry at that point was learning how this new part of the business did product design differently.”
Elyse reflected that at the beginning of her career, when she was an intern, one of the most useful phrases she learnt was “I don’t know, but I want to learn”. She shared that when you’re first starting out in your career, and especially in a traditionally male-dominated industry as a woman, you can tend to feel like you must prove your merit and competence. However, she soon found that if she was willing to admit when she didn’t know and take the initiative to find out who did, people were more than willing to teach her. She also realised that people didn’t expect her to know everything as an intern, a lesson that has helped her to keep learning ever since.

Elyse describes her role as being a ‘problem-solver.’ In elaborating she says, “Our customers come to us with an issue or a need. We use our Bradken product knowledge and combine it with creative engineering thinking to solve the problem and meet the customers’ needs.”

People assume engineering work requires technical knowledge alone and you don’t need to be personable. Obviously, the technical expertise is invaluable. However, it’s not the only skill required to be a successful design engineer. Elyse describes the role as being an intermediary between stakeholders. “You’re talking to customers, the sales team, and the manufacturing team to bring an innovative solution to the customers’ problem. Your technical knowledge, communication, relationship building, and collaboration skills are critical in doing the job well. You need initiative and a drive to always be improving, constantly asking why we do things the way we do and how we can make better decisions and collaborate more effectively.”

You’re talking to customers, the sales team and the manufacturing team to develop an innovative solution to the customers’ problem. Your technical knowledge, communication, relationship building and collaboration skills are critical in doing the job well.

- Elyse Hudson
“As a design engineer you get the best of both worlds, the office, and the site environment. When you visit the customer’s site, you get to see the product you’ve been a part of creating in action. It’s always rewarding to see your design take shape and to hear they’re successful.” Talking about Bradken’s environment Elyse said “You can have a personality and be yourself. You’re not forced to conform in any way.”
When asked what she’s looking forward to Elyse said she loves being a part of a team that builds each other up and supports each other’s aspirations. She is excited about the career opportunities ahead. “I’m not thinking ‘I’m just going to be here to get the experience and then for the next step in my career I’m going to have to leave to look elsewhere’. I know my career growth can happen here at Bradken because my leader is having those conversations with me and looking out for opportunities that align to my career trajectory.”

Be Challenged. Be Inspired. Be Heard. Help us transform the future for the resources services sector. It’s more than a job, it’s a career. 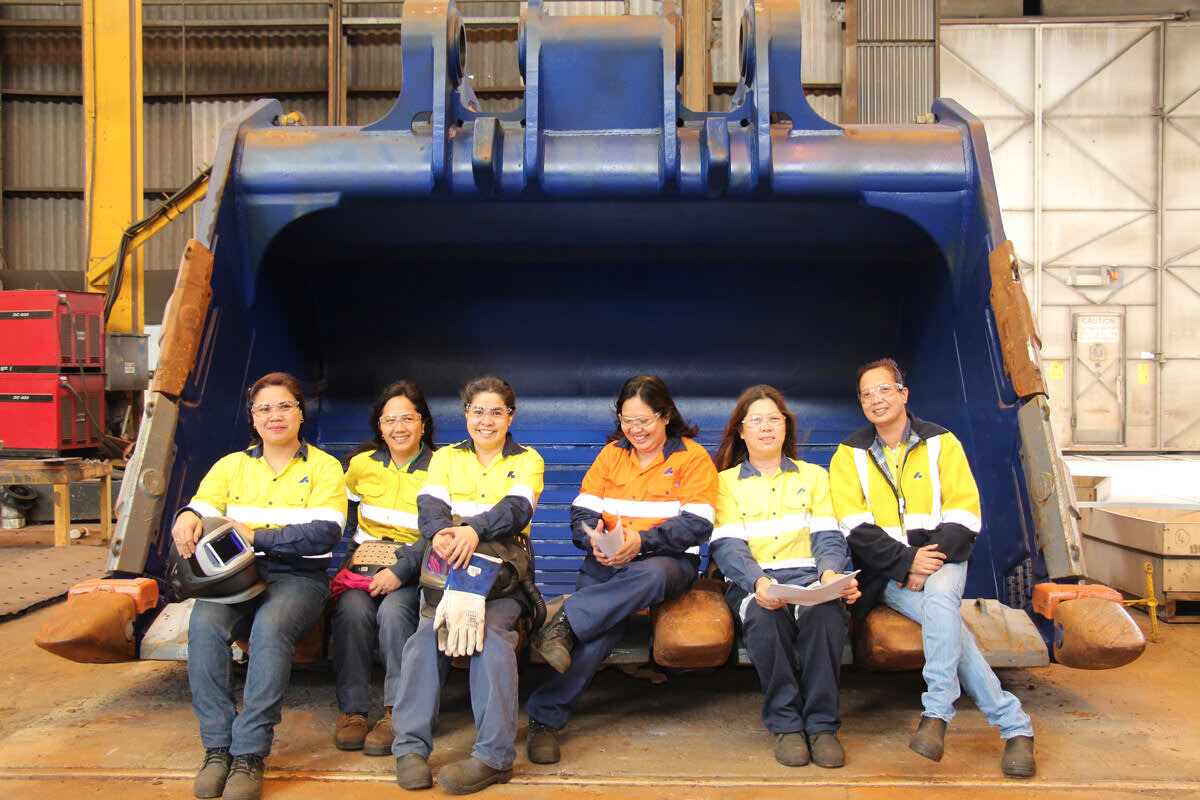 Find A Specialist Bradken Rep In Your Area